Our special house-made artichoke dip, served with your choice of tortilla chips, bread, or pita bread $10

Topped with walnuts and blue cheese $13

Seasoned beef or chicken, in a tortilla bowl and topped with lettuce, cabbage, tomatoes, onions, olives, and cheddar cheese $12

Our slow cooked brisket piled with peppers, onions, mushrooms, and topped with provolone $13

Brisket braised in beer for hours topped with onions, Swiss cheese, and served with Au Jus $12.5

Served with mashed potatoes and smothered in Pulaski Porter gravy, with your choice of side $14.5

12oz Bone in Pork Chop incrusted with sage and walnuts. Topped with a apple onion butter sauce. Served with your choice of two sides. $25

12oz Bone-in Pork Chop encrusted with sage and walnuts.  Topped with a apple butter sauce.  Served with your choice of two sides $25

Check out NIMB pairing menu, to select the beer that goes best with your meal 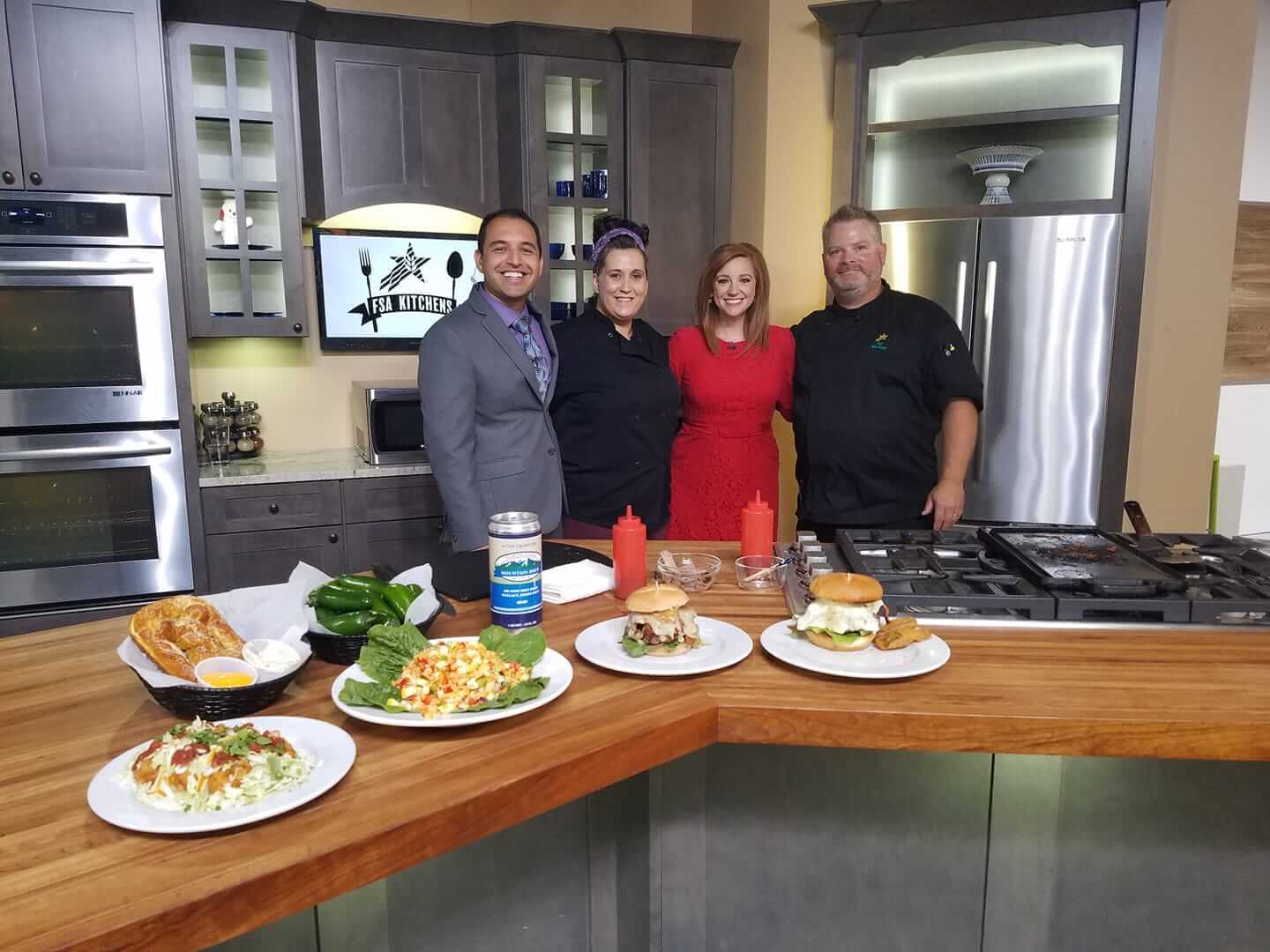 Due to our flow of business, we now have a hostess daily.  We ask you to respect our new policies, including not moving tables without asking your server first.  This is to ensure that everyone receives fair service and enjoys their dining experience.

Should your event require catering/menu planning, please speak in advance with our Restaurant Manager, Krissy, at least two full weeks before the event.